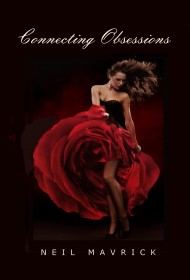 Based upon a narrative foundation that is eerily similar to Richard Matheson’s 1975 classic Bid Time Return — in which a man living in modern times becomes obsessed with a photograph of a 19th century actress and travels back in time to woo her — British writer Neil Mavrick’s debut novel is an ambitious (although not altogether original) amalgam of science fiction, mystery, and romance.

Rachel Starr was a breathtakingly beautiful, talented young actress who, unable to deal with a violent rape that had psychologically scarred her years earlier, committed suicide in 2017. Almost 200 years in the future, budding quantum physicist Richard Stevenson sees an old newspaper clipping with a picture of Starr and becomes obsessed with a woman who died 164 years before he was born.

Creating a false identity as ecological activist Paul Lander, Stevenson travels back in time to 2010 and saves Starr from a horrific run-in with a serial rapist/casting director. The two fall in love, get married, and live an idyllic life: Starr becomes an award-winning actress and Lander travels the world “predicting” natural disasters and cautioning humankind about an impending ecological collapse. Then he suddenly disappears…

Connected Obsessions is a shrewdly constructed page-turner: the great mystery of what will ultimately happen to Rachel and Paul — and all of humankind! — all but forces the reader to continue onward. But there are more than a few niggling flaws: both protagonists are supposed to be American but often use British slang (“sod,” “whilst,” etc.); the undertone is decidedly naive (characters are either “bad” or “good,” and the majority are faultless humanitarians); and significant issues regarding time travel (such as the butterfly effect) are never adequately addressed.

Shortcomings aside, Connected Obsessions is a highly entertaining, emotionally compelling read that will likely resonate stronger with romance readers than science fiction fans.