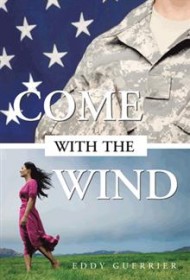 In this suspense novel — a cross between Mission Impossible and Scarface —two high-ranked marines on a secret mission in the suburbs rely on gangbangers for help.

Bill Macknally is back from his third tour in Afghanistan, home with his wife, Catherine, and two children, Kevin, 14 and Ivy, 8. Catherine senses something has changed in her husband, and at first she blames his new cohort, Robert, also a marine officer, who spends entirely too much time with Bill for Catherine’s comfort.

The truth unfolds: the men have been assigned surveillance of the family that moved next door the year before. Belinda and her sons, Eduardo and Paul, are not very good neighbors. In fact, when Paul tries to plant an explosive in the Macknally house, he is shot dead by Bill. From here the plot escalates: Eduardo takes Bill hostage, and ransom money is demanded. Robert steps in to care for Catherine and the children. He soon realizes that Kevin has some interesting ideas for rescuing his father. The teenager befriends a brilliant and moral gangbanger named Jesus, and together the group works toward a solution.

The author depicts military heroes readers have enjoyed since King Arthur. In other words, this is a thriller that satisfies the God, Love and Country patriot in all of us.
For the same reason, though, the plot strains credibility. Contrivances, starting with the fact that the villains happen to move next door to the Macknallys, require a strong suspension of disbelief. Kevin’s ability to discern where Eduardo might be hiding his father — after the military has searched everywhere — is also a bit much to swallow.

Despite those flaws, readers of suspense novels who like discussion of morality and patriotism may enjoy this book. While not as well done as the Clancy books, Jack Ryan fans will appreciate the story’s high points.