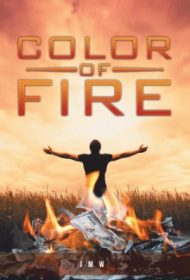 Bible teacher and human resources manager Joan Cusick feels her heart flutter when Clark whispers on the phone that “I wish to please you,” but she promptly remembers Proverbs 7: 21-3 about seduction and being led like an ox to the slaughter. Others aren’t as morally upstanding, however, such as Minister Peter Donny, who teaches a “weak and twisted gospel” that “Christ is not the most important” and all beliefs are equal. Meanwhile, Brady Cole is a good Christian cop trying to stop the sex trafficking polluting Pimsler.

There’s plenty of action here, befitting an author who, in addition to his ministerial background, has been a police officer and Marine. But the story has many limitations.

It seems aimed at a fundamentalist Christian niche, as Bible passages abound (such as the quote from Isaiah that says “Woe to those who call evil good and good evil”). The spirit of Jesus is omnipresent. Yet despite the Christian themes, the narrative presents harsh stereotypes: In a fight, “Cole grabbed a handful of greasy Mexican cop hair”; a character observes that “the homosexuals and lesbians had a large, loud and vulgar presence in the community.” Most distracting are the abundance of punctuation and spelling errors (“swim suites,” “Chute” vs. “Shoot”; “scull” vs. “skull,” and “this want hurt”) and inconsistent names (Pimsler, Pemslir).

Readers who agree with the religious beliefs expressed here might appreciate Color of Fire. But the absence of copyediting, a heavy-handed agenda and controversial stances will deter others.