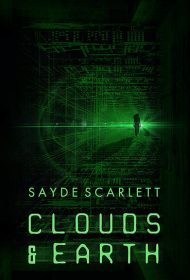 Set 150 years in the future, this science fiction novel focuses on a rogue female black-ops agent whose life unexpectedly intertwines with that of two teenaged military school cadets.

Lieutenant First Class (Alisande “Sandy” Attiyeh) is emotionally crippled from post-traumatic stress disorder and has lived without purpose since the war ended. Considered a hero by many (and having grown rich from commercial endorsements), she privately mourns the deaths and disfigurements of others who served with her. As the only healthy survivor of her team, however, Sandy endures scorn by a minority of people who consider her a mass murderer, war criminal, and traitor. Still craving military action to give her life meaning, she becomes involved in a dangerous secret mission.

A subplot concerns two students, a young man and young woman, who meet Sandy when she speaks at their military academy. When these cadets, too, are called on a secret mission, their lives intersect with Sandy’s, eventually in a life-or-death scenario. The story also includes a potential romance between these cadets, a relationship fraught with challenges.

The story is complicated, but well-organized and logically developed, with language that’s mostly utilitarian without embellishment, such as: “Sandy grabbed him by both his arms and aggressively pulled him close to her face. She looked him in the eyes. Massi felt the full force of her gaze. He was too shocked to move. The other cadets nearby looked on the scene with quizzical expressions.”

Although the narrative is lively and the plot well-developed, none of the three main characters are particularly likable, although readers may find emotional investment with one of the interesting secondary characters (such as Claudette Muro, Sandy’s mysterious commanding officer), who it appears will play more important roles in future installments of the series.

Intended as the first in a three-part series, the story should appeal to sci-fi fans who enjoy militaristic and futuristic adventures with strong female characters.