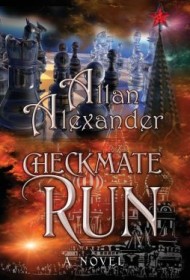 Alex Loevsky is an aspiring doctor, but his heart belongs to poetry. With the encouragement of his intellectual Aunt Anna, Alex begins contributing to the avant-garde journal New Word and mingling in literary circles. But his and his friends’ nonconformist work angers the authorities. In order to continue his studies, Alex must renounce his literary career.

This is only the beginning of the injustices Alex experiences and witnesses. His Jewish heritage, in particular, singles him out for abuse. But institutional anti-Semitism also brings Alex close to Lara Katz, a fellow medical student. Still emotionally tied to a former lover, however, he initially thinks of Lara as only a friend.

Although he has officially given up poetry, Alex continues to mingle in contrarian circles. He helps smuggle the transcript of a dissident writer’s show trial out of the country and carries on a dead man’s crusade to expose the abuse of political prisoners in mental hospitals. Through these adventures, he grows closer to Lara and begins to reconsider his feelings for her. Eventually, Alex and Lara decide to attempt their most dangerous mission: escaping the Soviet Union for a better life.

Checkmate Run occupies a rather uneasy place between the literary fiction and thriller genres. The novel covers so many incidents and experiences that it occasionally feels unfocused. A slightly slower pace and more descriptive passages would allow readers of literary fiction to feel more involved with the characters. On the other hand, although frequently gripping, the narrative lacks the kind of slick, streamlined plot that would appeal to genre thriller readers.