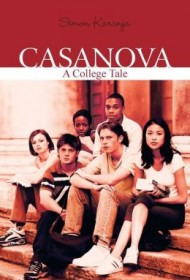 In his introduction, Simon Karanja explains his purpose in writing Casanova: “The book was written to show the life of a young man as he learns lessons in life and love and how one can come out of even the seemingly worst with time.” The thematically linked poems that comprise the book focus on a college freshman’s transformation from a sexually inexperienced boy into a “Casanova,” a man who seduces women for sport.

Here’s the speaker’s initial response to women: “This is simply grocery shopping so treat it as such, / Because that’s exactly what it is for that one night [sic] stand mistress.” After many sexual encounters, he laments, “Instead, being a Human with Immunodeficiency you left me the/ Virus … ”, but in his penultimate poem, he resolves to be hopeful: “Yes, the virus slashed days from his calendar, / But tomorrow might hold the last of life’s splendor … / It’s all perception.”

Stylistically, these poems are repetitive, rely heavily on ellipses and trade in clichés such as “Cloud nine,” and “Her jeans fit like a glove.” Thematically, they present a predatory attitude toward women likely to alienate female and progressive male readers.

The collection’s visual elements can use additional polish. The picture with each poem does little to enhance the writing, and the centered bold type feels amateurish. However, the poet’s knowledge of music infuses his footnotes and informs some of the work’s pleasing, rhythmic patterns. (However, the latter passages appear better suited to spoken word and performance poetry: “Look at all the money honeis [sic] all over Clyde like they were Bonnie. / Why do most girls like bad boys? / Do they want to put them back together like smart kids on tiny / Lego toys?”)

The collection may appeal to some college-age males, but it misses the mark for serious readers of poetry and those with a more egalitarian view of gender relations.