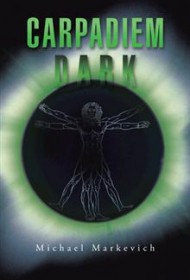 A fusion of New Age ideology and allegorical fantasy that follows a group of spiritual seekers on their collective journey towards enlightenment, this third installment in Michael Markevich’s Carpadia sequence (after 2006’s Carpadia and 2010’s Toward Carpatian Divinity) is unarguably the most comprehensible volume of the trilogy.

The focus of this volume is essentially a counterintuitive method of finding God—finding yourself—in the divine darkness behind various gateways. “From the Christian-Roman era through the dark ages, medieval and renaissance Europe, paganism and classic platonic philosophy were filtered through these ‘veils’ and into the realm of ‘magic.’”

Some of the speculation is impressively visionary—such as the idea of nurturing an entire generation of truly enlightened, “wise” beings—but the same flaws plague this book as did the first two. Although less frequent than the first releases, there are many grammatical errors, as well as a preponderance of unintelligible New Age-speak. One example: “A corollary of the Dark gibbous and intrinsic photon in pure discontinuity, executed in such a perfunctory manner that the monstrous simplicity of it is beyond the grasp of a complex rational organic ‘pipping off’ each second with the MSF service on 60 Khz in the LF band….”

Additionally, while the book is filled with footnotes and contains an extensive bibliography, a random check of two instances of quoted material revealed that both of the quoted passages contained errors.

The author may very well be correct in his assumption that—like Einstein’s theory of special relativity—ascending into humankind’s Fifth Civilization may be something that initially only a few people understand and embrace. While the first two books did little to create a blueprint to show seekers the how and why of Carpatianism, the writing style here is markedly improved and the ideas behind the underlying philosophy easier to understand. In all, Carpadiem Dark delivers a flawed but occasionally thought-provoking read.