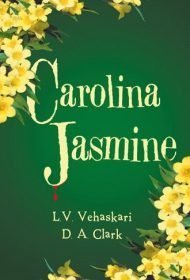 When, one by one, six unprincipled attorneys with ties to one another are murdered, the seventh in the group suspects foul play. Worried he could be next, he convinces his slovenly older brother, private investigator Robert Edgars, to dig further.

Robert is as an uncouth, demanding slob with few redeeming qualities. Despite his lack of affection for his younger sibling, he agrees to investigate. Because the deaths are made to look as if they resulted from natural causes—but the coroner report suggests there are “undetected” elements in blood samples—Robert solicits the assistance of father-and-son pharmacists as well as their granddaughter/daughter, a researcher in New Orleans. All are well-versed in the medicinal applications and toxicity of plants. (It’s unclear how Robert obtains police reports and specimens for further evaluation, but the implication is that he has his ways, whether legal or through connections with those in positions of power.)

The murders have taken place in various locations across the country, and each involves a tall, red-headed woman wearing a green dress and stilettos. She exploits the victims’ health conditions to help ensure the deaths go unquestioned.

Unfortunately, the book suffers from several issues. Spoilers make it easy to suspect the culprits early on. Additionally, Robert is an unappealing protagonist, and the narrative is plagued with several writing distractions, such as this mixed metaphor: “The screech of metal tearing into metal and powering through glass sent an acrid smell into the air.” The passage of time is inconsistent, with some incidents moving too slowly and others far too quickly. It can also be trying to keep track of the attorneys, pharmacists and others.

The book’s flaws greatly detract from the narrative. Nonetheless, those interested in plants and vibrant descriptions of New Orleans may be drawn to the story.