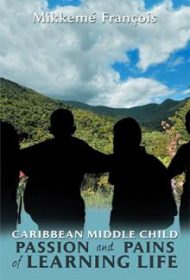 Mikkemé François’ autobiographical novel follows a young man’s coming of age on the fictional island of Triskara (which appears to be a stand-in for Trinidad).

Carlen, one of six children, gets into many scrapes involving daredevil hijinks, often in pursuit of fruit or other treats. Despite the thrashings he gets from his parents, Carlen cannot seem to stay out of trouble.

In his teens, however, Carlen earns admission to a selective high school and begins to mature. He excels at a technical apprenticeship, embarks on a career and falls in love. Meanwhile, his siblings undergo their own struggles and triumphs.

The novel’s plot has a meandering quality and haphazard pace that compromise reader engagement. The reader learns of particular sports matches, for example, or a sibling’s financial habits—details that accumulate without developing into an evocative thematic whole. In a confusing section of the novel that further undermines its coherence, young Carlen is sent away to live with extended family, then is brought home months later with no explanation.

Additionally, the corporal punishment Carlen’s parents inflict upon him is harsh and often seems disproportionate to his offenses. (For instance, his mother beats and humiliates him for refusing to do a household chore.) These incidents, though perhaps more typical for the novel’s time and place, may strike a sour note with a contemporary audience when presented as more-or-less harmless.

The novel is not without entertaining episodes: for instance, the intriguingly bizarre story of Carlen’s brother Cecile’s seduction by and forced marriage to a woman who practices black magic. There are also some amusing moments of family intimacy, as when Carlen’s siblings nickname him “Walkey” because of his reluctance to buy a car. These are overshadowed, however, by the story’s flaws.

Although Caribbean Middle Child contains the seeds of an engaging story, it needs substantial revision before it is likely to appeal to a general audience.