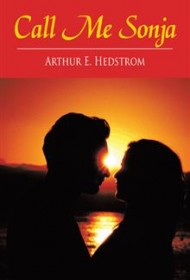 Arthur E. Hedstrom’s novel tells the story of a beautiful Russian princess named Sonja who is caught up in an international romance. But the most intriguing character may just be the author himself. A short cover biography says Hedstrom was born in Buffalo, N.Y., and died there in 1946 at the age of 77. How did this wealthy industrialist who made his fortune in wholesale coal distribution become a romance novelist? And where has this book been for the past six decades?

Those questions aside, Call Me Sonja is a well-paced, classic romance set in the early 1900s. Norman Carey is a young boy vacationing in France with his wealthy American family. While they are in Cannes, he meets a young girl who is a Russian princess. Years later, the two meet by chance again in the United States and in Mexico City, where they fall in love. But they lose each other, and Sonja returns to her home country to help feed starving children. Norman, who had been engaged to a childhood friend when he met Sonja, won’t give up until he finds his true love.

Will their differences and social stations keep them apart forever?

Hedstrom does a masterful job of making this post-Victorian romance interesting. His narration moves along and he uses dialogue effectively. He also paints a vivid picture of his characters and the time in which they lived.

Fans of turn-of-the-century romances will love this book. And there are enough twists and turns in the plot to keep even the most sophisticated reader interested. Perhaps a book about philanthropist Arthur Hedstrom will follow?