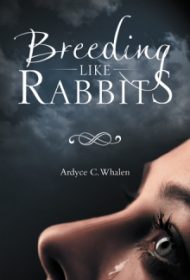 This story follows the lives of Britt Anderson and Andy Hughes as they move from high school sweethearts through the struggles of marriage and parenthood.

As the tale opens in the late 1950s, Britt is a college student working as a car hop in her home of northern Minnesota. When Andy returns from his summer job driving combines in Oklahoma, Britt learns he has enlisted in the Navy. While she hasn’t given marriage much thought and is not even sure she loves Andy, she accepts his hasty proposal.

Becoming his wife means converting from her childhood Lutheran faith to Catholicism, the religion of Andy’s family. That commitment greatly informs the couple’s coming years as they navigate married life under the belief that using contraceptives is a mortal sin. Abstinence and the rhythm method are the church’s only acceptable means of avoiding pregnancy, but while the former is not a viable option, the latter doesn’t work. As a result, the young pair soon find themselves with a houseful of children and a marriage in peril.

This novel is serviceably written, with authentic characters and an accurate depiction of an era that saw dramatic changes in culture and lifestyle. But while labeled fiction, the narrative reads more like memoir, with plot points (such as a car accident and mugging) treated more like snapshots in time than actual story development.

Additionally, the story occasionally flashes forward as the narrator steps in to summarize the years ahead. This can be jarring when the author returns to the present story line. The prose also sometimes shifts from past- to present-tense, and while told mostly from Britt’s point of view, the POV occasionally switches to another character. These technical flaws may stop some readers.

While not a page-turning experience, the story offers a heartfelt look at the struggle young parents once faced. It’s likely to be enjoyed by women who recall eras past, and those wanting a glimpse of another time.