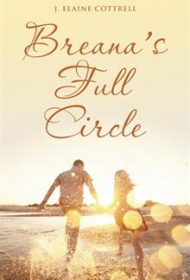 In J. Elaine Cottrell’s intriguing novel, a young woman finds love and connection in a story that unfolds around long hidden family secrets.

When 8-month-old Breana is found abandoned near a fire station, the biracial infant soon enters an undesirable foster care system. In her teen years, she is adopted by a loving Caucasian couple, Ambassador Henry Noble and his wife, Penelope.

Unfortunately, their wealth and kindness are not enough to shield Breana from the jealousy and bigotry evident in their Georgia community. In an era referenced by “Strange Fruit,” a song about Southern lynchings popularized by Billie Holiday, Cottrell weaves an intricate and well thought out plot heightened by kidnappings, missing persons, and attempted murder. More adversity follows with the family move to Jamaica, although here, amidst the island beauty that Cottrell artfully highlights, there is an opportunity for old-fashioned romance and surprising revelations from the past.

Cottrell emphasizes a ’60s timeframe by incorporating classic elements like the Kennedy assassination, a powerful commencement speech given by Dr. Martin Luther King, and church segregation. As a devout Christian, Cottrell puts a spotlight on faith and prayer throughout the story. In one instance, Breana’s mother counsels “Troubles and trials are a test of faith. … Pray for strength to endure.”

The interjection of patois, the Jamaican dialect, proves a colorful, cultural contrast to the sometimes-formal dialogue. There are some typographical and/or grammatical errors within the narrative, but Cottrell holds our attention with reappearing clues that connect to a decades-old forbidden romance, thus keeping us too engaged to dwell on the slips.

As the title suggests, this is a novel that truly comes full circle. Perhaps more enticing to a female readership with its blending of mystery, romance, and family saga, those drawn to this genre should find it an enjoyable read and look forward to the continuation in True Undertone.