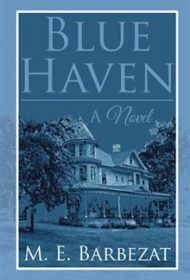 The back cover identifies this book as action/adventure, but urban fantasy more accurately describes this vampire-filled tale of a supernaturally enhanced house. Maggie, a music teacher and mother of three, suddenly receives the majestic house and its contents, plus more than $100 million from her great aunt. Soon, she is dealing with supernatural visitors who mysteriously seek safe haven within the house, and will eventually find herself in a war against evil vampires, a battle that will require Maggie, her new friend and attorney Muriel, and others to summon all their courage and their own supernatural gifts to fight.

The house’s mysterious past and important future in the war provide the story’s (literal and figurative) lifeblood. Descriptions of the house’s interior, animated objects, and supernatural sentries assigned to protect it should keep readers interested.

Unfortunately, the book suffers from several flaws. Two distracting subplots — one regarding Maggie’s attorney and greedy relatives; the other about her devious ex-husband’s frivolous lawsuits—add little to the story. Meanwhile, Maggie is often unlikeable, spouting lame humor, launching into tirades, and often overreacting at curious moments. When she learns that her ex-husband thinks she’s a pushover, Maggie says: “My jaw hit the floor! The room tilted sideways for a split second then righted itself”; yet she handles a haunted car, vampire visitors, heavenly beings, and an attack by Nosferatu with less surprise.

Lovers of vampire fiction may be willing to overlook this novel’s weaknesses. Still, it could be greatly improved with editing for style and content.