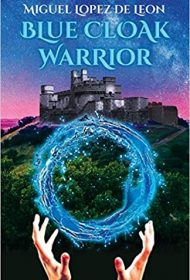 Merr is portrayed as a utopia, with different types of people working in harmony. In addition to Ele, the planet consists of: Nes, the Bird Realm; Fros, the Ice Realm; Thew, the Warrior Realm; and Dron, the Underwater Realm. Inhabitants have characteristics related to their lands, some with magical powers. Caspian, for instance, can produce water in every form—ice, fog, boiling torrents—out of air.

No bias among races or sexes is evident; females are as likely to rule as males, and Caspian is married to a man.

As the story begins, Caspian is invited to become one of The Five, a council that rules the planet. But first he must conquer a challenge from each of the other Realms. For example, he must find a suit of armor that enables him to fly through the trees in the Realm of Nes, passing through a gauntlet of birdmen, and find an egg. In Fros, his challenge occurs on ice with freezing winds. The Frosians can project illusions, and Caspian must distinguish between reality and trickery before he freezes to death.

The challenges enable de Leon to depict the people, geography, and quirks of each Realm, and readers become intimately acquainted with council members. The author skillfully brings this alien world alive through lively dialogue and description.

Near the end, de Leon introduces the real conflict, with a surprising murder and attack on the council. This increases the excitement and creates the possibility of a sequel.

The author blends science fiction and fantasy to create a compelling story and unique setting. Readers will undoubtedly welcome more tales that develop his intriguing world, should de Leon decide to offer them.