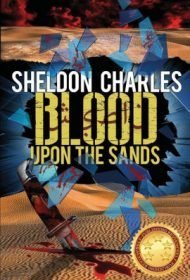 Air Force veteran Sheldon Charles draws upon his experiences living in Kuwait for his second novel starring Afghanistan war veteran turned journalist Evan Davis, who again serves as a portal into a culture that’s partially alien to him.

Here, Evan is offered the most lucrative gig of his life: spending six months embedded in Kuwait at the behest of a wealthy mogul known as Al Hakim, writing stories about the “real” Kuwait.

The plot, which can seem overstuffed, includes several bad guys, the most fearsome being a former KGB assassin with a penchant for torture, including raping and strangling prostitutes. His mission, given by a mysterious third party, is to foment dissent among the country’s factions.

Meanwhile, Jefzar Al-Bourisli is an honorable policeman whose identity as Al Hakim’s sibling positions him in a treacherous middle ground between his police instincts, his brother’s cryptic machinations, and the alarming consequences of rogue operators. We also eventually meet a Mossad agent sent by Israel to ensure that the Kuwaiti conflict doesn’t destabilize the region.

Charles’s ultimate goal is to portray the plight of the Bedoon, outcasts who live in Kuwait but aren’t bestowed citizenship there or in any country due to Kuwait’s 1959 Nationality Law and who fight with honor to rejoin their countrymen and deter the genocide others wish upon them.

At first glance, Charles’s tale feels like a prototypical geopolitical thriller. However, it more closely resembles James Clavell’s Shogun, in which the protagonist offers readers a view into a strange land. The story largely focuses on Kuwait’s complicated caste system. While cultural reflection is key, however, thriller fans won’t be disappointed. Adding to the story is a charged romantic subplot with Evan and his minder, Al Hakim’s niece; minor characters with dangerous motivations of their own; and the sadistic machinations of the assassin lurking in the background.

Admittedly, the complex plot and sizeable cast can be daunting. But Charles’s writing is sharp, and fans of the genre will find it worth their efforts.