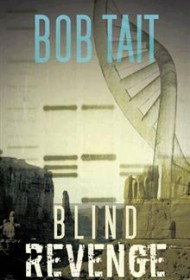 In this suspenseful novel set in the present-day West, Angeline Reichert is determined to take back control of her father’s cattle ranching empire in southwestern Colorado.

Raised by her father Rusty away from the ranch, she has been taught to believe that her brother Julian — whom she has never met — stole the ranch from Rusty. What she doesn’t know is that the estrangement was based on Rusty’s deep-seated prejudice against Julian’s Mexican wife. For his part, Julian is unaware of Angeline, who is more than 20 years his junior. As far as he knows, he had only one sister, also named Angeline, who died in a car accident years earlier.

Following Rusty’s untimely death, Angeline sues Julian for her rightful inheritance. But Angeline isn’t the only one interested in the oil-shale-rich Diamond T ranch. As outside forces conspire to take over the ranch, the body count grows. Meanwhile, Angeline is forced to team with Julian and face the truth about Rusty’s obsessive need for revenge.

Author Bob Tait has written a reasonably solid book with a strong sense of place and competent pacing. On the surface, the book appears to be just another bad guy vs. good guy tale, but Tait tackles a larger issue once Angeline meets Julian. Angeline’s right to the ranch hinges on her blood relationship to Julian. DNA tests prove they are full brother and sister, yet it soon comes to light that she couldn’t possibly have the same birth mother. How can this be?

The answer lies in modern-day science, not sci-fi, but it begs the issue: How far is too far when it comes to interfering in human reproduction? Rusty’s real plan for revenge turns out to be not only unethical – but downright creepy.

The book could use tighter editing; Tait throws too much information at readers in the first chapters, and he also spends too much time introducing secondary characters. On the whole, however, readers who enjoy a narrative that combines the beauty and majesty of the West with modern-day science will find this a satisfying read.