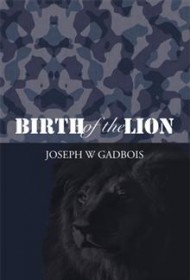 In this (mostly) first-person narrative set in central Massachusetts during the Vietnam War era and ensuing years (author Joseph W. Gadbois doesn’t offer a timeline), a former Army Ranger becomes a government- sanctioned assassin tasked with dispensing justice when the courts fail to do so.

The narrator, Bruno Sharkington III, known as Sharky to his friends and foes, is a former juvenile delinquent who entered the service rather than go to a reformatory. Upon his release from the Army, Sharky is approached by the head of a secret affairs division within the U.S. Justice Department who recruits him to act as “judge, jury and executioner” when the judicial system seems to be failing. Sharky’s targets include corrupt judges, lawyers and cops, among others.

Returning from his military service, Sharky learns he has inherited a four-story, 35-room waterfront mansion on 15,000 acres of land from an unknown benefactor. He uses his luxurious home as his base of operations. The book’s chapters represent a series of missions undertaken by Sharky and his colleagues, all former elite soldiers. Forgettable, undeveloped characters are assassinated by the dozen, but Sharky gets away with all of them.

There are serious credibility issues with this novel, as such frequent, widespread bloodshed normally would attract media attention and robust law enforcement scrutiny. Additionally, the writing lacks finesse and contains grammatical issues, for example: “If the wounds get worst [sic], we would go to the hospital.” Also, sometimes the narrative slips from first person to third person, which is jarring and confusing to the reader.

Birth of the Lion is an old-fashioned, red-meat, American testosterone fantasy in which it’s OK to blow away bad guys with impunity and then return to a sumptuous mansion to frolic with a compliant chick. It is likely to attract a strictly limited male audience whose heroes are John Wayne, Dirty Harry and other such macho figures.