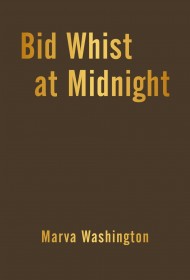 The volatile, changing times of the U.S. in the ’60s and its lasting impact on four college girls and their families is the focus of this vivid and evocative novel. The women, who emerge from economically and socially different black neighborhoods around Charleston, S.C., find their lives shaken when caught up in civil unrest while at school in Orangeburg, S.C., at a time when black America was beginning to find its voice.

The book opens at the home of Sardis, who invites Grace and Dorcus over at midnight for a card game of bid whist. The women had bonded in college over schoolwork, boyfriends and card games, but haven’t interacted for nearly 20 years. As they play, they take turns revisiting the dark spaces of their pasts, as well as a dreaded event involving their friend Taletha. The women’s painful life decisions, traumas and losses unfold through a series of flashbacks, and readers also learn how the tragic early life of Eartha, Sardis’ mother, weighed negatively on Sardis’ life.

The women’s stories unpeel like an onion’s layers, their life dramas interwoven with and strongly influenced by campus protests, violent police actions, Malcolm X, the black nationalist movement and the Vietnam War. Author Marva Washington also touches on the hurtful clashes that arose when black individuals shunned other blacks that they considered more “privileged” for having been born with a lighter skin color.

Washington’s characters are nicely complex and sympathetic, their complicated childhoods and neighborhood settings described so visually that we can feel their impact on the struggling residents. She is equally adept at creating scenes showing how naive mistakes and misunderstandings can turn an entire lifetime upside-down. Though the author covers a lot of ground, her skilled storytelling keeps readers on track without confusion.

Overall, Bid Whist at Midnight is a thoughtful, well-developed novel whose characters and their plights stay with you long after the story closes.