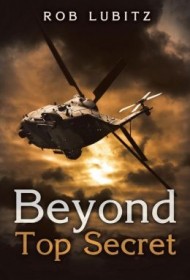 The novel’s hero is Ryan Butler, a legal attaché with the Environmental Protection Agency who travels throughout the Middle East on assignment, and runs into trouble along the way. After two high-profile murders by 60-year-old men, Ryan recalls that the men are connected through a medical experiment conducted in 1969—an experiment strikingly similar to the real-life MKULTRA, which combined drugs and behavior modification to achieve mind control. Ryan alerts investigative reporter Connie Blythe, whose skills belie her job at a national tabloid newspaper.

Simultaneously, a shadowy cabal of U.S. government officials has resurrected the powerful drug used in the earlier experiment and put into motion a plan to brainwash an al Qaeda militant and use him to assassinate Osama Bin-Laden. (Note: the novel is set between 2001 and 2003.)

The book has some problems: The spooks that Lubitz pits against his protagonists are preternaturally skilled and the characters and dialogue sometimes seem implausible enough to threaten the narrative momentum. The book also ejects characters like Ryan’s girlfriend at will, and the denouement may seem a little too convenient for some.

However, by combining elements of Tom Clancy’s Jack Ryan thrillers, the identity hijinks of the Jason Bourne films and the courtroom high-wire of John Grisham novels, the author has crafted a thriller that should be very palatable to less demanding readers. Readers who like twisty plots, secret conspiracies and cinematic action should find plenty of thrills to redeem the novel’s minor flaws.