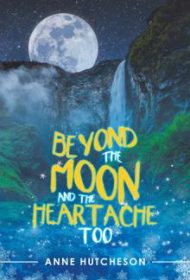 Sidnei and Logan Jewell are content with their personal and professional lives when a phone call about Sidnei’s parents’ rapidly-declining health and substandard living conditions evokes concern and stirs reminders of her unhappy childhood. As an adult, Sidnei has had limited contact with her parents, so the news about their diminished circumstances comes as a surprise. The present and past are then told through alternating chapters.

The chapters chronicling Sidnei’s youth are brief. When she was growing up, the oldest of five and the only daughter, Sidnei’s family lived comfortably but relocated multiple times because her father frequently changed jobs. With her parents’ attention always focused on her brothers, she fostered a strong sense of independence and left home after graduating high school.

As the story evolves, Sidnei and Logan work to solve the older couple’s problems that include an inexplicable depletion of savings, medical problems and the overall disorder in their lives.

While the premise is generally strong and the author nicely foreshadows trouble to come, the book is hampered by several issues. First, Hutcheson provides excessive detail for unimportant things such as de-boarding a flight, yet skimps on crucial topics, such as those regarding Sidnei’s parents’ dysfunctional marriage.

Meanwhile, characters act in puzzling ways. For example, despite the stress of Sidnei’s family situation, her idyllic relationship with Logan shows no signs of strain. Sidnei’s devotion toward her parents is equally baffling. Although receiving no emotional or financial support from them while growing up, she insists on helping out, even when they aren’t particularly interested in receiving her care. Her brothers’ behaviors— two are estranged and one preys on their parents—also require further explanation.

Many readers will relate to the idea of dealing with elderly parents, problems with siblings, and the other daily issues detailed here. Still, the story requires fuller character development to reach its potential.