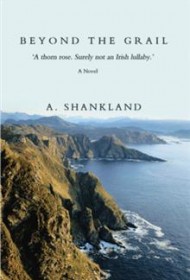 For much of the 20th century, Northern Ireland was wracked with episodes of conflict, chaos and violence, all of which is expressed in this novel as metaphor, with the trials of the Baird family standing for the tormented province.

In 1903, Matthew, the hard working patriarch, dies, leaving the family farm to his eldest son, the cynical, self-centered Matt, who promptly evicts his two brothers and dispatches his mother to a lonely out-building. The youngest, after being beaten by Matt, emigrates to New Zealand, while the middle brother David embarks for America with a promise to send for his pregnant wife Jeannie once he is established.

Before that can happen, though, Jeannie gives birth to Agnes and later is raped, resulting in the birth of another daughter, who is taken from her as the little family prepares to join David in Virginia.

The rest of the novel intertwines events in Ireland and America through years of hardship, unexpected reunions and plot twists, an assassination and many dark secrets. Unfortunately, muddying this complicated plot, the century flashes by in a distracting kind of shorthand, as when the Titanic disaster, the Easter Rising in Dublin, World War I, the Jazz Age and the establishment of the Irish Free State all sweep past in a couple of pages, or later when the author improbably gives the Vietnam War its own brief mention.

These events should have been better woven into the story line while the characters, whose personalities hardly change from the time they are introduced to the time they leave the scene many years later, show some evolution in the face of all they endure. Despite these drawbacks, the novel illustrates, through the ups and downs of the Bairds, how one family and, by extension, the entire province of Northern Ireland survived a tortured time.