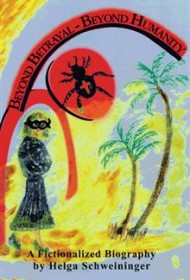 In post-World War II Austria, Lieschen Reinking, the family’s only child and heiress to her father’s pharmaceutical company, is still haunted by her mother’s sudden death when she was 5 and her grandmother’s disappearance soon after. Lieschen was told that her mother died of a heart attack and her grandmother had fallen too ill to see her over the years. She suspects both stories are false and is determined to uncover the truth.

While she searches for facts, Lieschen’s father insists that she become involved with his business and with Sigi Prinz, a foul young aristocrat who is general manager of the pharmaceutical company. Lieschen rejects these ideas and travels to Switzerland, where her mother’s brother and wife live. There, she seeks information about her mother and grandmother, falls for a colleague of her uncle and enrolls in art school. But complications arise and she returns to Austria planning to oust Sigi from the business and finally solve the mysteries surrounding her mother and grandmother.

Lieschen is a strong, inspiring character, especially when challenging her father and Sigi, and she is the strongest aspect of the story. Schweininger moves from one plot thread to the next and back again, almost as an afterthought, and brings everything to a tidy end with few surprises. Schweininger’s penchant for clichÃ©s soon becomes tedious, and she uses similes that don’t work, such as “Lieschen’s heart pounded like a fire engine in her chest.”

Beyond Betrayal–Beyond Humanity is labeled a fictionalized biography, meaning a portion of the story is factual. The result, however, is contrived and predictable. Removing the fictional aspects and instead writing a compelling memoir based on fact might have made a more engaging read.