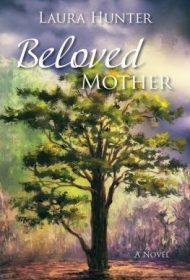 Laura Hunter’s fictional saga entwines the lives of three women during the first half of the 20th century. Against the raw backdrop of an Appalachian mining region that contrasts Native American and Old Testament beliefs, they face harsh natural and societal landscapes. Each struggles to find her way in a tapestry of births, deaths, loves, losses and tragedies.

After nature-loving wild child Mona Parsons is lured from her home and impregnated by an abusive man, a Native American man forces him to leave and helps her raise her son. Meanwhile, younger sister Anna has gone in search of a new life with Clint Goodman, other sister Ruth’s former boyfriend. As Anna and Clint settle into marriage, Winston Rafe, a manipulative mining supervisor, sets his sights on vulnerable Anna and ultimately impregnates her with daughter Lily.

Throughout the story, another emphasis is clear: “Nobody lived a mountain life without meeting Death face to face more than once,” Hunter writes. It arrives in various forms, from epidemics and accidents to aborted fetuses and retaliations.

Hunter provides fluid, lyrical writing, skillfully contrasting nature’s beauty with a dingy town “that draws ugliness from the earth’s core,” as Hunter describes it. Commentary by overseeing entities Sister Sun, Brother Moon and the Great Spirit lends a celestial feel to a world where belladonna berry elixirs fight depression and sprites offer advice. While the story moves freely between vivid depictions that turn places into characters, this wealth of detail might slow the pace for some readers. Another problem concerns two central characters who interact over several years but never realize they’re related. Although it’s a story of secrets, this one seems a bit implausible.

But for readers who enjoy richly textured novels focused on female characters confronting circumstances of history, environment, culture and emotion, Beloved Mother is a compelling journey.