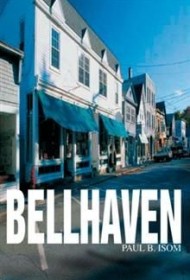 This compelling story within a story tells the tale of one man’s tragic teen years in the early 1970s as the South struggled with racial integration.

It begins when Father Matheny is sent by the diocese to “spy” on Father David Mills. Usually, Matheny is sent to investigate priests suspected of various unholy acts, but Mills’ sin is his attention to “the homeless, the hungry, and the junkies” in a parish dominated by the affluent. Matheny is a reluctant spy and rather than asking Mills useless questions, he requests that Mills tell him his story. And so he does.

The son of a pastor of a huge church, David Mills is an A-minus student who loves to read and write. His father’s church has just begun to allow African-American students into its private academy and tensions are high. Then, Mills finds himself coming to the rescue of Melissa, one of the three new black students, and soon the two fall in love. As predicted by many, it can only end badly.

Once Mills has shared his story, the characters return to the present matters at hand.

The plot is well-conceived, the story engaging and written with skill and knowledge about the church, race issues and the South in the 1970s. Here, Mills shares a poignant moment with his father, who has grown distant: “The forty-four-year-old minister reached wordlessly for his son. David stood, and they embraced as if no one else had ever loved either of them. In that moment, David Mills would have crossed the dark depths of hell for his father, and his father would’ve given all he had to go on the journey with him.”

While, the author is occasionally guilty of adverb overkill – “They kissed, warmly, deeply” — and the narrative can sometimes feel overly sweet, this is a pleasure to read overall, a story that should particularly appeal to readers pondering universal questions of love, hate, forgiveness and faith.