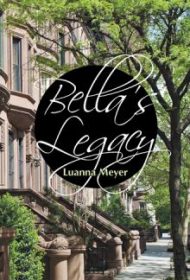 Luanna Meyer’s engaging novel Bella’s Legacy, exploring four generations of a family, focuses on women struggling to find their place in the world despite limitations of social convention, familial duties and economic circumstances.

The novel’s title character, journalist Bella Colquhoun, is reviewing old papers and a memoir she’d written years earlier when she sees an opportunity to record the stories of women on her family tree. Bella begins to reflect on a century of triumph and tragedy underlaid with feminism, from their late 19th century immigration to Midwestern towns to the present generation.

The book, told in third person, begins with Bella in 1985 before jumping back to Letitia in1883 and ending shortly after Bella’s 1994 death. Intervening chapters chronicle the lives of her female relatives. Early on, the narrative and dialogue skillfully demonstrate the story’s male/female dynamic. When a young farm girl questions why she can’t milk cows with the boys, the response—”It’s how things are, Lettie”—speaks volumes about a male-dominated world.

In addition to Bella, who moved to New York as a young, childless widow to fulfill her writing aspirations, only to later ponder her decision not to have a family, characters include: sister-in-law Lily, who becomes a housewife and mother; niece Maggie, a WWII naval nurse required by Navy rules to leave the service when she marries a naval officer; strong-willed grandniece Bianca, who represents a new generation, as she and her first husband have advanced degrees and adopt multicultural children.

Meyer’s well-researched work artfully provides context with interesting historical details about the Titanic, Pearl Harbor, anti-Vietnam protests, and more. While events occur mostly chronologically, with a date and location headlining each chapter, the narrative sometimes reverts in time. This overlap and change in character focus lessens the storyline’s fluidity and leads to repetition in an already full narrative.

Nevertheless, Bella’s Legacy is a creative, character-driven story. It will challenge readers to reflect on women’s place in society, now and yesteryear.