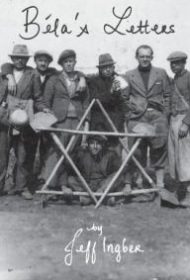 This expansive, engaging historical novel spans decades and continents as it recounts the story of Béla, a Jew born in Czechoslovakia in the 1920s, and his family’s experiences during WWII and the Holocaust.

Based on the life of the author’s father and the family’s letters, it follows Béla as a young man during the rise of Hitler; while many see Hitler as a threat, Béla and his family trust Czech authorities to protect them. When Hungary takes over Czechoslovakia on Germany’s behalf, Bela, then a Czech soldier, is forced into manual labor for the Hungarian military and treated brutally: beaten for minor infractions, nearly hanged during one disciplinary treatment.

After the war, he moves to America, raises a family and tries to make peace with his past horrors. Reading about Israel’s trial of Adolph Eichmann, and unexpectedly encountering his sadistic Hungarian commanding officer in New York, he’s prompted to consider the nature of forgiveness — something he contemplates the rest of his life.

The novel includes fascinating details that vividly set readers in the period. For instance, it describes the conflict before the war between Zionists, who wished to create an independent Jewish state, and Chassidic Jews, who believed the Jewish state was against God’s wishes. This clash becomes personal for Béla when his first love, Agnes, urges him to move with her to the Holy Land; reluctant to leave his home and trusting his safety to Czech authorities, he declines — to his regret.

The titular letters, sent by Béla and family members, appear sporadically throughout the novel, offering information the greater story fleshes out. It’s uncertain if the translator, who is introduced in the first chapter, and then vanishes, is fictional or real. (The only criticism of this otherwise excellent novel.)

Fast-paced and well-written, with a captivating plot and likeable characters, Béla’s Letters dramatizes a traumatic time in history, asking the question: How do people recover from such tragedy—or is recovery even possible? Anyone looking for compelling fiction will enjoy this story.