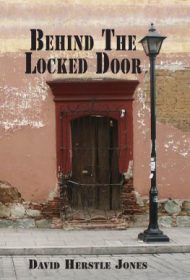 This imaginative and mystical book traverses the real and dream worlds of a young man with incurable cancer who hopes an unproven drug and a shamanic healer from Mexico can restore his life.

In May, 1972, attorney Eric Martin isn’t ready to die at 33 years old. He wants to take a chance on the U.S. banned “miracle” drug Laetrile in Mexico rather than resort to cancer treatments with horrendous side effects at Stanford Medical Center.

Through the author’s inventive approach to magical realism, Eric journeys to a clinic outside of Tijuana where he encounters a Catholic priest named Father Jordan. Jordan connects Eric with an elderly curandera (female healer) in a small village high atop a mountain who administers healing techniques and a Laetrile serum made from ground apricot pits.

Struggling between illusion and reality, Eric is bombarded by hallucinations of good and evil spirits. Through shifting narrators, readers are shown a world filled with magical spirits, greedy charlatans, drug dealers, a corrupt politician, and a lone scientist working to do good.

Jones’s novel is solid in structure and delivers intriguing, believable characters. His prose offers solid descriptive elements and imagery, often poetically rendered. For example, “Eric’s tone sounded thin and brittle like the ice on a puddle in winter.” On occasion, however, an analogy is more awkward than evocative: “Inside Itandehui’s hut events progressed silently and slowly like vegetables growing.”

Jones’s novel pays homage to his brother, Errol Miller, who died of cancer in May 1972 at age 33 and had planned to go to Mexico for Laetrile treatment. Using this springboard, Jones has developed a strong story that explores the complexities of life and death, pondering whether, as a long line of esteemed writers have posited, life is but a dream.

Those who appreciate existential explorations or are confronting their own life trials will find this a thought-provoking read.