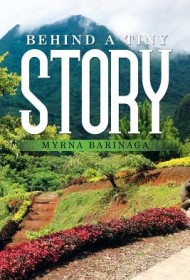 This memoir is a war story, a family’s emigration tale and a story of Christian faith in the face of life’s obstacles.

While the back cover indicates this book is about the Japanese-American War, Barinaga actually only dedicates ten pages to this episode. The majority of the memoir concerns what happens to her later in her life.

A devout Christian from a large, loving family, Barinaga marries young and faces a crisis when her child is born with complex medical needs. Her family eventually moves to the U.S. for access to better health care, and Barinaga becomes so well-versed in the health care system from her work as a nurse and caring for two special needs kids, she ends up opening a home health agency, bringing the entire family into the business.

Barinaga writes with a positive focus, even when times are tough. As a child, for example, she feared any body of water that reflected the sky; as the family traveled on foot to safety during the war, she was cautioned against screaming, and her uncle would get in the water to show her it was safe, saying, “Look, Myrna, I did not fall to the sky.” Her fear was all too real, but she’s quick to credit her family for rallying around her.

Despite the book’s scant look at wartime life, Barinaga’s openness and cheerful outlook keeps readers engaged, as does the narrative’s layering of life events. True, a wartime memoir might have broader appeal, but the big heart on display in Behind A Tiny Story will be attractive to a general audience.