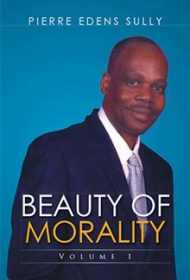 “This book,” Pierre Edens Sully writes in his introduction, “is seriously useful, instructive and educative, because it discovers the faulse [sic] opinions of certainmen [sic] that they have about themselves and about the [sic] morality.” This statement, combined with other concepts that Sully touches on concerning the noble nature of poetry, leads readers to expect a Platonic approach in the verse and dialogue that follow.

Indeed, throughout his poems—ranging in topics from love and the importance of community, to politics and corruption and poverty—Sully seems to be trying to delineate what is real, essential and good from the illusory and unworthy. Hence, in his romantic poems, the author contrasts flirtatious and seductive impulses to a more ideal and devout union. In his political poems, he chides leaders who, blinded by the pursuit of fortune, fail to help the “stressed souls of thirst and hunger.”

Sully dedicates his book’s latter portion to what he calls a “mise in scène” [sic], although the sets, costumes and props normally included under the term are absent. The section is comprised of a dramatic dialogue wherein he covers many of his earlier themes, the voices of his characters sometimes echoing a Greek chorus, sometimes channeling Allen Ginsberg: “I see my generation/Following these ones of their evils, of their crimes/Of their errors in judgment…”

Sully’s book is ambitious, and it’s obvious he is widely read. The major problem here seems to lie not so much with his poetic skills as with awkward translation. Joseph Brodsky, one of the few poets who translated his own work, emphasized the maddening aspects of such a difficult task. Sully, a native of Haiti, struggles with this, offering too many phrases that leave readers puzzled (“A call of bad infinite lifts me at rest/From a sovereign action I break your pokey”) and detract from the poetry’s strength. As a result, a rewrite with help from a professional translator is required before this book can find an enthusiastic audience.