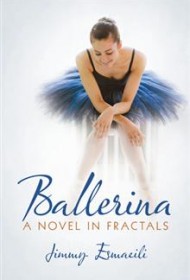 Dark, bleak, and insightful, this contemporary first-person narrative set in Westchester and Harlem reveals the life of one young woman, abused in every way by her father, a corrupt lawyer. Having lost her mother at an early age, Jennifer’s only emotional respite is provided by a loving stepmother, but it’s not enough to save her from destruction and a spiral into drug-induced madness.

There was a time when Jennifer, gifted with intellect and ability, dreamed of becoming a ballerina. It becomes obvious early on that Jennifer’s dreams are just that– because she is addicted to heroin, and dying junkies don’t wear tutus. At the novel’s core is Ray, the city’s most powerful and ruthless drug lord, a man who was involved with Jennifer’s father, and later, with what remains of her family. He is Jennifer’s drug dealer, among many other facets to their complicated relationship.

The author tells us little about the externals of Jennifer’s life. Instead, he slips into her psyche, providing an intimate view of the soul of a troubled girl who becomes a despairing, vengeful woman. She makes bad choices and keeps her world small. Watching her live is like coming upon a horrific accident with bloodied, broken bodies strewn everywhere. Always, there is Ray, pointing the way to further tragedy.

This novel is undeniably powerful, but its problems are monumental. The author was born in Iran but has lived in Norway for decades. The misuse of English, misspellings, incorrect words, and every possible grammatical error initially make this book read like an elaborate prank. Read on, however, and it becomes apparent that this is a passionate and well-thought-out work. Had the author written in his native tongue, critics would probably call it a triumph. If it were competently translated into English, again, it would likely succeed here. As it stands, readers will require much patience to get through its pages.