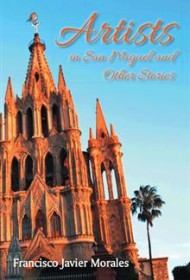 This gentle little book of short stories is concerned with the inner lives of animals (canaries talk, woodpeckers ponder the architecture of their homes, an amnesiac bear tries to remember); the idyllic childhoods of siblings called Arturo and Lucia (and their several pet dogs); the existence of sirens in Mazatlan, and the deprivations caused by the rainy season. Clearly, Mexican author Francisco Javier Morales has a mystical turn of mind: For him, a lion roars “with the same force that the volcano exhales ashes.”

Set in the picturesque arts colony of San Miguel de Allende and other Mexican locales, Morales’ vignettes—originally written in Spanish and translated to English by Alice M. Woodrow—vary wildly in tone. A quiet meditation on hummingbirds is followed by an exaggerated description of a painting of a horse in which the unruly, snorting beast yearns “to catch up with a magnificent filly that is waiting at the end of the dirt-filled road.”  Frequently, the text is ungrammatical and awkward (example: “to take to a trip.”); at one point the text manages to substitute “moral” for “morale” and identifies Central America as “Middle America,” among many other gaffes.

Still, Artists in San Miguel gives off warmth, and its intermittent charms will likely please readers who relish the mysteries of Mexico. Morales’ 40-line sketch on the nature of pelicans, in which a heroic sportsman rescues a wounded bird in Puerto Vallarta before the eyes of his admiring granddaughter, ends with the freed pelican flying nonstop to the far islands of the South Pacific.

The most evocative piece may be “The Desert,” just three pages long, in which vigilant squirrels, birds and rabbits, then the wind, even the sand itself, issue a dark warning to unwary travelers about the dangers of the place—not least “the buzzard which follows my orders.”  It’s a haunting little gem.