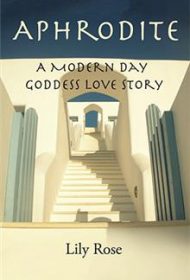 Approaching 30, Aphrodite moves from Los Angeles to New York City to begin anew after leaving her philandering fiancée. No shrinking violet, she boasts a past littered with wealthy boyfriends on whom she has relied financially. Within a year, she lands a new job as a real estate broker at an upscale Manhattan firm and, upon breaking up with her most recent beau and moving out, is forced to to ask wealthy businessman Paul to lend her an apartment in a building he owns until she can afford to pay rent. Enamored with Aphrodite, Paul agrees.

Although not attracted to Paul, Aphrodite acquiesces to dating him to preserve their rental arrangement and enjoys her single life—until Chad, a past lover, reappears. He has pined away for her since they met but has waited to find her at the advice of Jill, his spiritual guru. Aphrodite though smitten, doesn’t want to relinquish her independence. But once she realizes that “Love is the only thing that’s real,” she knows she must deal with the consequences of her involvement with Paul.

In Aphrodite, Rose has created a sympathetic, introspective protagonist. Aphrodite enjoys the high life, and the author effectively provides the allure of affluence by frequent references to trendy locales and glamorous lifestyles.

In the latter half, however, storytelling issues emerge as Rose introduces several immaterial characters and offers a flat resolution to Aphrodite’s entanglement with Paul. As spiritual banter builds and Jill cautions Aphrodite that, “If one makes decisions stemming from anything other than love, there will be pain and suffering,” the ending becomes obvious. The denouement lacks drama and leans toward the pedantic.

Despite these issues, and a heavy-handed dosage of self-help rhetoric, readers who appreciate the author’s skillful portrayal of Aphrodite—and her lifestyle—will find rewards here.