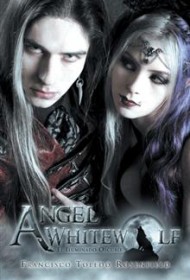 Angel Whitewolf: The Antichrist is an odd amalgamation of neo-pagan takes on Christian theology as seen through the eyes of the eponymous narrator, a young man who in a previous volume has become a “dark enlightened one” through revelations resulting from a trance state. The book, then, is a sequel of sorts, but instead of enlightenment, this time the protagonist searches for his purpose, which turns out to be this: to play the role of Antichrist for a re-imagined Armageddon in a world where Christ and Antichrist are sort of complimentary opposites who bring enlightenment through love to the masses by some unorthodox means (they’re somewhat like rock star Bodhisattvas).

In reading Angel Whitewolf: The Antichrist, one may be forgiven for wondering if the author believes he is presenting fiction or nonfiction, given the book’s narrative structure. Nearly all of the book takes place in trance-induced metaphysical meetings between the narrator and Christ. Throughout, conversations drift between topics as diverse as true love, the Mayan calendar, and Michael Jackson (who actually plays a central role in the author’s theology). The language is relaxed, sprinkled with emoticons and chat-room humor. It borrows heavily from the philosophical classics – one part Cartesian meditation, one part Socratic dialogue – but there is nothing about it that demands you take it seriously, which is probably best.

Angel Whitewolf: The Antichrist represents an unusual perspective on Christ and Christianity, but it loses whatever credibility it might have when it veers into tenuous discussions of numerology, pop culture prophecies, and questionable interpretations of verse. If it isn’t successful as philosophy or New Age metaphysics, then neither is it compelling fiction; it is sometimes funny, surprisingly erudite, and totally accessible, but the scenes are too limited and claustrophobic, the characters too superficially drawn and the plot too thin to genuinely satisfy. While the author shows flashes of high promise, this book needs some re-thinking in order to find an audience.