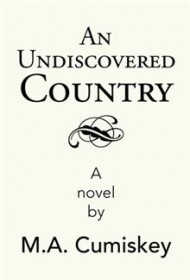 Strife from a 27-year revolutionary conflict in Northern Ireland, juxtaposed with an equally disturbing family secret, fuels this subtly disconcerting novel set in Ireland and England.

Catholic butcher Geraint Donnelly is the initial focus of the story, which begins in 1962. He is pushed by the British Secret Service to leak information on the Irish Republic Army and soon meets his demise. Shortly after, the family moves to England and Geraint’s widow marries another butcher, Jimmy.

Here the focus turns to the eldest daughter, Lorna, who becomes the subject of Jimmy’s abuse. As the story unfolds over more than three decades, Lorna struggles to make a life for herself despite disturbing nightmares, and eventually learns that her siblings are fighting their own demons after being sexual abuse targets.

The start of each chapter includes short news briefs on the IRA’s clashes and fatal attacks on prominent people. The reports symbolically and subtly parallel entries from Lorna’s diary that lament her difficulties. While potent in small moments, the book’s plot is subdued and crescendos so slowly that the impact of the subject matter is sadly diminished.

Lorna’s character and erratic behavior are most vividly drawn, but other key characters are fairly flat in substance, preventing readers from sympathetically connecting to their plight.  In contrast, the author has a keen ear for regional dialect:  “So y ‘can’t be trusted girl…. and with the heathens taking over the city y ‘know that no-one’s safe. Yer mothers in a state and you’re standin there like it’s a Bank Holiday. God forgive Yer.”

Overall, the text is in need of a thorough copyedit and the characters lack the complexity to carry the story crisply. Still, the plot is sound enough to draw some reader interest, even if it lacks the power many may seek.