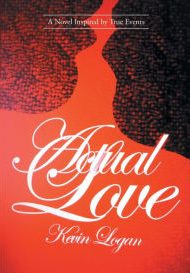 As the novel opens, Reverend David Jackson is on a return flight to England, where he teaches theology at Oxford. While in Israel, he acquired a new Dead Sea Scroll that tells Mary’s story. It’s her diary of the first-century Masada siege, when Jews barricaded themselves in a fortress for months during the First Jewish-Roman War. Mary would rather kill her five children than relinquish them to Roman soldiers.

As a distraction, Mary retells a favorite story from 800 years ago—that of Hosea and Gomer—from the perspective of the prophet’s sister. Like many in the community, Hosea’s sister was outraged by his decision to marry Gomer, a temple prostitute. Yet Hosea welcomed Gomer back whenever she strayed, creating an allegory of divine love: “You must love her just as I still love the people of Israel,” God commanded.

While reading these ancient narratives, David contemplates his own situation: His wife Colette slept with his coworker and is now pregnant. Deciding whether to take Colette back, David realizes his life bears remarkable parallels to the Hosea and Gomer story.

Rather than having David make the connections between his life and the biblical story, it would have been more effective to allow readers to come to this thought themselves, and, ultimately, the modern-day plot is the least compelling. Still, Logan maintains admirable control of his multiple storylines, and the lively historical voices successfully capture the experience of women in biblical times. Mary, especially, uses interesting poetic language and evocative metaphors: “quill and papyrus need peace and quiet”; “My brood have roosted early.” (However, the cursive font used for the scroll sections is challenging to read.)

Overall, this is an inventive and meaningful blend of biblical history and contemporary ethics, one that skillfully reveals the complexities of hesed—actual love.