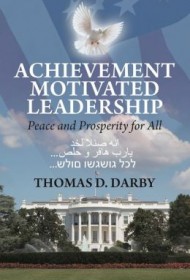 Combining fiction with political theory is at best a tricky business.  Authors run the risk of sacrificing one for the needs of the other or, at worst, diluting the impact of both.  Unfortunately, this novel is too often an example of the latter.

The theory the author presents here is that the federal government has become too unwieldy to function with any kind of effectiveness. To save the system from itself what is needed is a new Constitutional Convention that will eliminate the House of Representatives, require a balanced budget, call for the election of senators from 100 areas of equal population (rather than two per state), and make the presidency, instead of an elective office, a position appointed by that Senate, much like a corporate CEO appointed by a board of directors. Surely such a proposal is radical enough to require extended discussion — but that doesn’t take place in this narrative.

Instead, under a skimpy fictional veneer, everything works out with an ease that goes beyond the merely unconvincing. Inspired by the slogan “Peace and Prosperity for All,” President Collins follows his inauguration with “a record in the first week that exceeded the hundred-day record of most presidents,” streamlining health care, curtailing bureaucracy, improving higher education and expanding the drone program to permit the American military to withdraw from conflicts around the world.

Then, with hardly a break, Collins builds a “hotel resort” at Camp David for friendly meetings between ancient antagonists and solves tensions in the Middle East. What’s more, he does all these things even before getting his new Constitution adopted.

Would that it were all so easy.

Although the author’s ideas about streamlining government are provocative and worthy of consideration, this novel proves to be the wrong forum for delivering them. Perhaps a straightforward nonfiction book would have served the author’s purposes better.