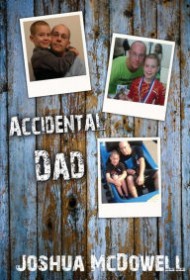 Fathers have a sensible and caring friend in author Joshua McDowell. In this uplifting memoir and call to action, the Ohio father relates how he fought for seven years to gain custody of his son and offers useful advice on how other fathers can do the same.

McDowell’s high school girlfriend became pregnant the first time they had intercourse, and they tried to live together and raise their child but soon broke up. Things got contentious. The author argues that the system is biased against fathers who want shared or sole custody of their children and that “odds are terrible” when they try to assert their rights.

But McDowell, whose own father died when he was 11, was adamant. Despite poverty and long hours working as a cook (in part to pay court-ordered child support), McDowell educated himself and pursued his legal options, often without an attorney. A one-time Mixed Martial Arts fighter, he persisted despite making mistakes and befriended other struggling fathers, whose stories he also shares.

Written with the help of a professional writer, the book offers a clear and thorough overview of legal issues. He cites informative articles, recommends pertinent websites, and explains terms such as “discovery” and “court appointed special advocate.”

His focus sometimes suffers when he tries to do too much, however. In one chapter, for example, he warns fathers about “baby-mama drama,” reflects on why his relationship with the mother failed, revisits the story of his arrest for unsubstantiated charges of stalking her, and lays out lessons learned, such as “don’t be seen crying in jail.” This can lend a disorganized feel to the narrative. In addition, the use of dialogue, or fuller descriptions of his son, would have made the boy more real for readers.

Nonetheless, McDowell offers readers valuable information. Fathers who want to assert their legal rights — and even mothers coping with custody issues — will be empowered by this reflective, heartfelt story.