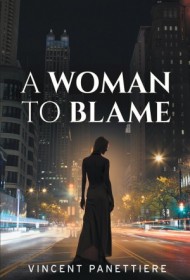 As the book opens, Chicago detective Mike Hegan is engaged to be married to Lucy, a hot-tempered, impulsive woman who dies in a tragic car crash one wintery evening. Six months later, Hegan is emotionally broken and nearly disabled due to a well-placed bullet to the spine. Teetering on the edge of forced retirement, he starts investigating the apparent suicide of a young horse trainer named Ariel Sutherland, a woman who seems to have also killed her charge, a racing champion named “The Italian Scallion.”

Panettiere throws plenty of suspects in front of Hegan, among them a college professor who was having an affair with the victim; a mid-level enforcer working for a mob boss; the owner of the Italian Scallion; and a ruthless operator for the Russian mafia.

The novel is plotted well, despite its rather jarring opening chapters, but it’s also written in a machismo-heavy style that feels pulled from gritty 1970s’ cop movies. This is a novel of good guys and bad guys, with female characters who not only suffer unspeakable violence but are also disappointingly disposable. Women are either inconsequential characters or they are raped and/or killed off, often in disturbing ways. In short, this isn’t a story written with a female audience in mind.

Unfortunately, many of the male characters are boilerplate as well, from the story’s tough-talking thugs to Hegan’s uptight colleagues in the police department. Still, there are some standouts, including relentless cop Hegan and his best friend Leon Clay, a former NFL defensive end who runs a flower shop.

In some ways, the book is a throwback to rougher times in America, but mystery fans who can stomach the carnage of CSI or who appreciate the baroque violence of James Ellroy will probably find similar intrigue here.