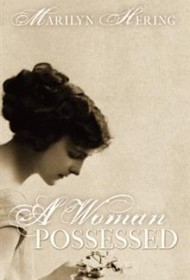 Eleanor O’Bannion is a teenager who is just starting work at the mills when she meets and falls hopelessly in love with the charismatic labor leader Dante Ravelli, a much older man. While Eleanor aches to be with Ravelli, Charles Lafferty, the new mill owner, falls in love with her and promises to lift her and her family from the poverty of Paterson’s mean tenements. Eleanor accepts the sad bargain, marrying the kind and gentle Charles while yearning for Dante. The author brilliantly traces Eleanor’s decline from a poor woman of strong character to a spoiled socialite with only one man on her mind.

What is striking about this book is that issues that plagued the working poor then, such as income inequality, union busting, unsafe abortion, incest, sexual abuse, women’s rights, unaffordable health care, and domestic violence, are issues still being argued today, a century later.

Author Marilyn Hering writes confidently and with authority, no doubt because her father worked in a Paterson silk mill, which motivated her to research the industry and the period, and indeed she skillfully captures the workers’ desperation and the bleak living and working conditions of the time.

This expertly constructed narrative combines many of the elements of great storytelling: seemingly insurmountable conflict, love, loss, despair, and redemption. It is likely to be devoured by female readers.