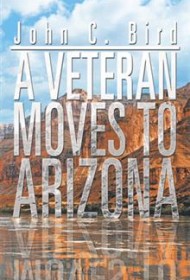 Author John C. Bird wastes no time in getting the story moving in this action-driven novel about a man and his PTSD-plagued veteran friends who try to take down the Las Vegas mob.

The story begins when Jenifer Woodruff awakens at Andy Frank’s home freshly bathed and wearing his underwear, with no idea how she got there. Andy explains that they were on a first date when Jenifer was attacked by another man. Andy, a widower and retired colonel, gave the guy a beating and took Jenifer to his home to care for her. They learn that her attacker is a mob member out to add Jenifer to his stable of prostitutes. From then on, it’s one showdown after another, with the veterans generally winning by shooting first, blowing up cars and threatening worse.

“Do you think you will leave Vegas alive, punk?” mob leader Jake Pappela asks Andy. “Yes, I do, Jake,” Andy answers. “I know where you live; you have three daughters and two just arrived from California … You want to make sure I’m safe, or I go for the family.”

Meanwhile, amid the violence and threats, Jenifer and Andy, who is twice her age, fall in love.

There is plenty going on here – action, friendships and a couple of romantic relationships, all of which keep the story moving. But the military-speak and flood of acronyms make it hard to follow. The dialogue is often stilted, as things are “stated” rather than “said” and “then” is often used unnecessarily, as in “He then said …” It’s also puzzling that the supposed good guys get away with the mayhem they cause, although a surprise ending eventually validates the plot. All things considered, A Veteran Moves to Arizona is likely to be enjoyed primarily by older male veterans who aren’t too particular about the writing flaws.