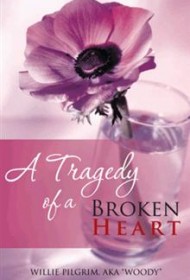 Human beings share an intrinsic need to make sense of our existence by documenting our lives and offering explanations for our behavior. At their best, the stories that result can literally speak volumes about the human condition; at their lowliest, they can appear as superficial as initials scratched into stone.

And yet either approach essentially serves the same purpose, fulfilling the basic human need to say I was here.

Willie Pilgrim’s memoir owes more to the latter than the former. Unedited, ungrammatical and at times downright vulgar (i.e.: “The guy rammed his finger up the homo’s rear. And when he pulled his finger out, he had cream and mud all over it.”), the book describes his impoverished, fatherless childhood as the youngest of eight children; his subsequent marriage to a woman who comes to care more about crack cocaine than she does their four children, and his eventual imprisonment for armed robbery and assault, and battery with intent to kill, crimes he blames on his wife’s addiction.

Ultimately, Pilgrim credits God with turning his life around even as he develops an illness that threatens it, though his redemption feels more tacked on than earned.
No question it’s a bizarre, surreal world that inhabits these pages. Snakes deliver messages. Neighbors cast spells. His mother is poisoned, then cured when she cracks an egg with her foot and “green liquid burst from it…”

It’s a dark world, too. Life lessons go unlearned, destructive patterns unbroken. Violence breeds violence. Ignorance and misogyny thrive, as evidenced by Pilgrim’s description of a battered women’s shelter as a place “where women go to hide out after they have done such wrong and cruel things to motivate a man into taking criminal actions.”

For all its flaws, this book portrays a reality so far removed from that of the average reader, its most remarkable quality may very well be the fact that it was written at all.