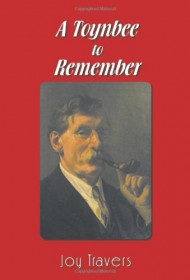 A Toynbee to Remember offers unique insight into the First World War as it interweaves an exhaustively researched account of the conflict through the correspondence of working class East Londoners Will and Lizzie Toynbee and their son Stan, a military clerk stationed in Egypt far away from the bloody trenches of combat. As author Joy Travers puts it, “This exchange with a non-combatant relatively far from the battlefield allows us to look at an aspect of the First World War from a little-recorded angle.”

The correspondence begins when Stan volunteers for enlistment, but due to his physical ailments he never sees a battlefield. Meanwhile, Will and Lizzie endure life in London, suffering everything from food shortages and illnesses to Zeppelin raids on civilians.

The Toynbee household also experiences its own discord — mainly as a result of Stan’s absence, Will’s hectic travelling schedule throughout the war under multiple endeavors (including union organizer, speaker for the Voluntary Enlistment Campaign and War Savings Campaign, and eventually a candidate for the nascent Labour Party), and Lizzie’s anxiety at her husband and son’s absences/illnesses, wartime chaos, and raising her two daughters. Through it all, the Toynbees maintain faith in what will become known as the Christian Brotherhood Movement, a working class reaction to the exclusivity of middle-class religious institutions.

Travers has a knack for historical prose, which is essential for a book like A Toynbee to Remember, since her writing effectively transforms what could have been a lackluster family history into a lively narration of life during wartime. Although the book doesn’t entirely escape the occasional tediousness of a textbook, the 500 Toynbee letters on which the book is based serve as an exceptional primary source to a conflict that has been culturally dwarfed by World War II.