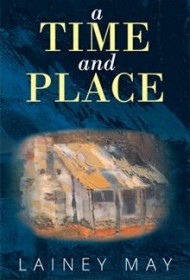 In this lightweight romance, Irish lovers Samantha Kelly and Niall Connors may have to live on memories of their “enduring love” when Niall is forced to flee Northern Ireland.

The book opens as 12-year-old Niall’s father is killed in a coal mining accident. His mother gives Niall his da’s wedding ring and chain to share with his own true love one day. When he spots Samantha Kelly, he knows she’s the one.

The pair eventually get engaged, but Sam’s brother Ethan despises Niall and won’t accept her choice lightly. Instead, he sets up Niall and his brothers to take the fall for a deadly explosion. Niall flees immediately to Australia, unaware that Ethan, angry at Sam for her alliance with Niall, has physically attacked her on the same night in a drunken rage. Sam slowly recovers, but as the years pass without word from Niall, she must decide whether to wait, or move on with her life.

The book is a pleasant romance, with no greater ambitions. While it takes place during serious times in Northern Ireland, the religious troubles serve only as a plot device, to separate the lovers. (One of the reasons Ethan hates Niall is because he’s Catholic, even though Niall is willing to become a Protestant for Sam.) Problems are presented and just as easily solved. This sentence, for example, reflects the amiable tone: “And so began the happy-sad years for all the Irish Connorses…”

Although the story spans 15 years—1948 to 1963—it moves along at a clip. Once the characters head for Australia, the book especially picks up momentum and the events seem more realistic, save for an implausible use of singer Petula Clark as a courier for the young couple and a twist at the end that feels more contrived than surprising. Still, the novel will have its charms for romance fans, who will breeze towards the happily-ever-after ending that is ripe for the author’s planned sequel.