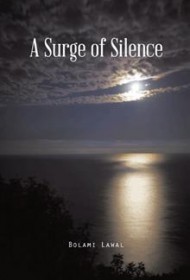 Bolami Lawal writes in her preface: “The theme of this work is essentially appreciative [sic] of life.” Some poems, she continues, “describe the brutal and transient nature of life,” while others focus on “the common philosophies of life.”

Relying on abstractions rather than concrete nouns or sensory details, this description is broad, as are the poems themselves. The poet favors expository (“telling”) over imaginative (“showing”) writing that depicts scenes or brings thoughts and feelings to life through metaphor. “Life,” for example, reads: “Life/ As a child is amiable/ Charming and pleasant,/ But/ The realization of ‘self’/ Is the true initiation/ Into human existence,/And/ This brings us into the rude consciousness/ That life is brutish and short!”

The poems also typically rely on clichés. For instance, the poem “Love” lists familiar contradictions used to describe the emotion at hand: “So much laughter/ So much tears [sic]/ So tender/ So harsh.”

The collection is arranged into four broad categories: “To God,” “To Life,” “To Love,” and “To Man.” Each poem is also accompanied by a paragraph of exposition. Since the poems themselves are largely expository, these often seem redundant and intrusive. One example is the commentary on “Reunion”: “The poem ‘Reunion,’ just as the title suggests, is a recollection of a night that reconciled two lovers.” Poetry, unlike a scholarly essay, should not require explanatory footnotes.

The book’s most promising section is the final one where the author focuses more on the African continent, introducing some elements of place. “Broken” stands out as one of the few poems where imagery is used to conjure a scene: “A storm had broken over our heads/ Rains like giant tears upon our windows/ As grumbling thunder strikes.” Though the poem retreats into abstraction, it shows that the writer is capable of more image-centered writing.

While this writer shows some promise, she will need to display greater specificity and sensory diction in her poems to more fully engage an audience.