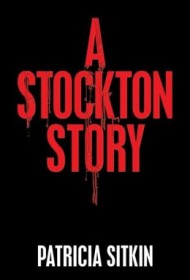 In this murder mystery, the fates of two young men become intertwined in Stockton, California, through a series of unfortunate coincidences.

Twenty-year-old Naftali Ross is making fundraising calls when he reaches a respondent, who suddenly breaks off the conversation and asks Naftali to call 911. Naftali believes he’s being pranked, but then has second thoughts. Curious, Naftali arrives on scene in a wealthy neighborhood to find the victim with a knife in his chest.

It’s too late for the victim, but Naftali feels strangely connected to the 17-year-old as circumstances unfold. First, he finds out his name was Eddy, the same as Naftali’s beloved brother, who was killed in a car accident not long before. Second, both Naftali and this Eddy were being treated by the same unscrupulous therapist; Eddy’s diagnosis of “pre-schizophrenic” figures prominently in his death.

Eddy’s murder frames the book, but that’s just the beginning in this over-stuffed book, which deals with racism, a gang shooting, family relationships, and one Svengali-like doctor who hopes to find fame with his “research” — all in just 144 pages. The author gets credit for her smooth writing style that carries the reader along, but none of the plotlines are believable, even the resolution of Eddy’s murder. When the police dismiss a possible suspect because Naftali met him once and tells them, “I couldn’t help but like him,” readers will find it hard to accept.

Author Patricia Sitkin appears to be trying on themes as she writes: Is the book about racism? Stereotypes? Grief and loss? Acceptance? For such a short book, it’s a lot to juggle.

Sitkin makes no bones about her love for her hometown of Stockton on her book jacket; hence the name of the book and the setting. But another story will have to serve as a tribute to her town. As it stands, this is a flawed saga of murder and mayhem that holds little appeal for general readers.