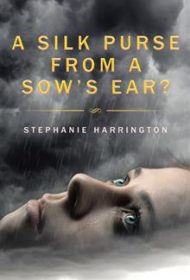 A lifelong search for approval sprung from a childhood devoid of love and support drives this well-framed narrative set in England and Germany.

The story, written by Stephanie Harrington, seems based on the author’s life (it’s labeled a “true story” on the back cover and the author and protagonist are the same age), but the narrative is told in the third person through a character named Georgina. It opens in early 1952, when Georgina recalls early memories as a toddler. The child’s life is disrupted when her parents divorce and she is adopted by an older childless couple.

While her new parents are nice at first, they soon become indifferent to Georgina, who also is ostracized by her classmates. A teacher recognizes her talents in singing and music and helps Georgina get a full scholarship to an elite music school in 1962, but her dreams are dashed when her adoptive mother forces her to return home because of a family illness. Angry, Georgina leaves home for good at age 17.

Insecure and overly trusting, Georgina makes life mistakes that involve three difficult marriages and being forced to give up two children.  While she eventually reconnects with her birth father, their meetings are awkward and confusing for Georgina.

Harrington’s story engages readers with artful writing that offers vivid details. In Georgina’s early childhood, for example, she recalls being under a wooden kitchen table from which “occasional flurries of fine white flour fall to the floor” as she hears the “thump, thump of the wooden rolling pin.”  Subtle foreshadowing between chapters keeps readers turning pages as Georgina struggles with distressing roadblocks.

However, despite reuniting with her birth father, which she calls “monumental,” Georgina never discusses whether she confronted him about why he abandoned her or what happened to her mother, details that seem key.

Despite the lapse, this engaging story is likely to make emotional connections with many readers who have grappled with their own difficult childhoods.