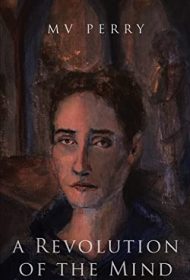 This thinly fictionalized manifesto on mental illness explores the personal dimensions of depression and urges a change in social attitudes and treatment.

In December 2015, Ellen “Boo” Harvey is back home in Chicago, working as a public advocate for mental health although her own health is fragile. Alternating chapters relate Boo’s college experience in California, an extensive chronicle of alcohol and drug use and the subsequent ill effects.

There are also small storylines with Boo’s activist mentor and her wealthy family, a relationship breakup and a friend’s death, but the Chicago chapters are largely platforms for a cogent delivery of political views on the mental health system, Illinois government, America’s “psychopathology” about race, and, finally, an anatomization of what Boo calls her “Madness” or “Depression,” which feels much like a direct confession of personal torments (with occasional excerpts that seem lifted from a journal).

The physical sensations of mental illness are rendered in precise detail, as Boo, a rich, white, Chicago-bred liberal at odds with her conservative family, struggles to come to terms with her disabilities. One troubled night, she reveals: “As I stood in the dark, I felt as close to possession as I ever have … The intensity of my emotion was so thorough that it felt to be viscerally throbbing and pulsating around me.” Such confessions, which can be lengthy, become wearying throughout the course of the novel.

Additionally, Boo seems less like a fully realized character than a vehicle for the perceptive documentation of the social milieus of North Shore suburbia, civic protests, and college partying. The frequent and thorough political analyses and call for systemic overhaul in mental health supports, although intelligent and articulate, will likely alienate those looking for escape through fiction.

This is an uneasy blend of nascent novel, seeming autofiction, and political and personal screeds. As such, the book will have limited general appeal. Still, it offers recognition, awareness, and hope for fellow sufferers of an unquiet mind.