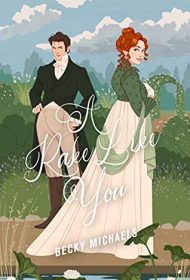 In this entertaining Regency romance, the second in the Linfield Hall series, an independent spinster requires much persuasion to entrust her ne’er-do-well neighbor with her fortune, her future, and her heart.

Hurt when her childhood acquaintance Charles Finch, Lord Bolton, becomes intrigued by an opera singer while he’s supposed to be feigning interest in her, Louisa Strickland devotes herself to running her father’s property, Strickland Hall. Seven years later, when her stepsister debuts in society, Louisa has no intention of letting the suddenly reformed Charles court Flora. And when Charles is captivated by the grown-up Louisa, she can’t trust that he’s truly changed his ways or that it’s wise to admit she always cared for him; surely he’s only after her fortune?

The landscape is peppered with the Regency trademarks of big houses, balls and gowns, and rides in the park, and the prose is smooth, polished, and readable. It takes a while for the main characters to become likeable, however; Louisa is prickly and judgmental, and foolish Charles is under the thumb of his friend Rutley in payment for past mistakes.

Louisa’s attraction to a handsome scoundrel named Hayward and continued antagonism toward Charles prevents the relationship between the leads from deepening until well past the halfway point, and Louisa’s sudden capitulation to marriage seems surprising, given she otherwise refuses to bow to convention. Once married, Louisa’s inability to admit her feelings seems out of sync with her maturity, as does her greater concern for her sister’s dowry than her sister’s heart.

Still, Louisa’s independence will resonate with modern readers, and Charles’s initial physical attraction gives way to deeper affections. Moved along by the verbal sparring, wily rogues, broken engagements, and an elopement straight out of Austen, readers will ultimately find themselves swept up in the novel’s world.