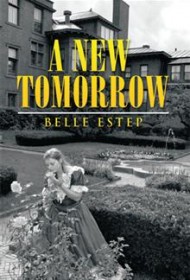 Kentucky’s declaration of neutrality during the Civil War was never officially recognized by President Lincoln, and it remained a Union slaveholding state under martial law. Within this setting, A New Tomorrow tells the tale of one family’s effort to remain an oasis despite the realities of the encroaching war.

The story unfolds as Union and Confederate soldiers gather around the Cumberland River in 1861, and the Ellis homestead defends itself against the surrounding threat. A gathering is underway of the seven Ellis children, their families, and their neighbors, the Hadleys, who assemble each year for an extended visit between the Harvest Days celebration and Christmas. The womenfolk cook, clean, and birth babies; the menfolk defend against desperate soldiers who violate the sanctity of their homes.

While two Ellis sons join opposing sides in the war, another son, Bonner, remains home preparing to marry Kaitlyn. Trouble develops when a jealous and delusional Dorcas Hadley, Bonner’s childhood friend, refuses to relinquish her dream of marrying him. Much of the novel centers around Dorcas’ desperate behavior as she stops at nothing to wrest Bonner away from Kaitlyn. When a mysterious stalker repeatedly attacks Kaitlyn, the menfolk take action that eventually results in a dramatic courtroom scene.

With sentiment straight from Gone with The Wind, A New Tomorrow borrows significantly from that novel. Dorcas is a Scarlett-esque spitfire with a fiddle-dee-dee haughtiness, spoiled rotten and inept at caring for others (“ ‘But Papa!’ Dorcas squealed. ‘You know I don’t know nothingabout nursing the sick!’ ”).

Ultimately, the novel devolves into a soap opera peopled with familiar archetypes and delivering an uneasy message about the proper role of women; ignorant of homemaking skills, Dorcas’ salvation comes only when she embraces domesticity.

The sheer number of characters, along with overuse of the passive voice, awkward punctuation, run-on sentences, and repetitive description make the narrative line confusing at times. Given such significant issues, the novel is likely to have limited appeal.