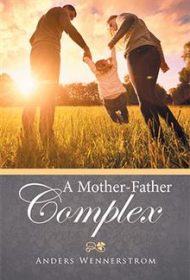 The first poem, “If I Were Her,” is written from the viewpoint of the speaker’s distressed former lover. This, however, isn’t apparent until the ninth page, when readers find a clarifying detail: “When I was depressed,/ my lovely mother, who loved you, always said:/ ‘Stay with Anders,/ he will care for you.’”  From this, we understand that the poem is the author’s attempt at understanding his former partner’s frustrations and heartbreak when he ended their relationship.

The narrative voice offers a candid portrait of “Anders” and often deals with the couple’s sexual relations, as in: “I felt your happiness/ when you put your thing into me,/ but your erected self/ died soon after,/ and I felt your desperation.” Moments of promising imagery emerge (“you ate my tongue/ alive”; “the dirt in your eyes”), and readers will find it hard to turn away from the stark confessions delivered here. Overall, though, the speaker tells rather than shows, and the poem feels somewhat like a therapeutic exercise.

The second poem begins with what seems to be an extended allegory for the speaker’s parents, in which the father appears as “dog shadow” and the mother as “pussycat tongue.” Unfortunately, the work lacks context for the conceit (“The old man forgave/ but wasn’t happy until/ the dog had forgiven”; “I have anxieties/ (my mother tongue pussycat),/ and sometimes I can’t move myself/ out of bed”).  More clues are necessary for readers to understand what is being conveyed here.

Overall, the poems could be improved with the use of more vivid imagery and, in the second piece, more context as noted above.  Nonetheless, they provide a voyeur’s look into the speaker’s world that may intrigue readers, particularly those interested in the unraveling of a relationship.